Many researchers begin their investigations of the nature of human experience by asking "what is experience?" or "what is consciousness?" These questions seem far too difficult. I am interested in a simpler question: why does our human experience have the structure that it does? I view this as a straightforward empirical question. My starting points for attempting to answer it are evolutionary biology and neuroscience, physics, and computer science. Taking these disciplines and the bodies of empirical results and theories that they comprise as starting points clearly begs the question against philosophical positions such as Berkeley's idealism or Descartes' dualism, or even Nancy Cartwright's notion that the sciences have distinct and largely non-overlapping domains of application. Setting these various philosophical options aside strikes me as necessary for a broadly-based empirical approach.


Thus far I have taken a two-track approach to the structure of experience. The first track is through an analysis of visual perception. It asks: what is the brain doing when we have a visual experience of an object continuing through time? Two timeframes are relevant here. One can ask what the brain is doing while we are actively attending to a particular object, either keeping it in view, or tracking it through brief occlusions, as occur for example when an animal runs behind a tree, or when we briefly take our eyes off the car in front of us to glance in the rear-view mirror. One can also ask how we identify objects after longer gaps in our observations, gaps of minutes, hours, days or even years during which the object of interest is out of sight. How, for example, do we re-identify our car or our spouse after not seeing them for a few hours or a few days? 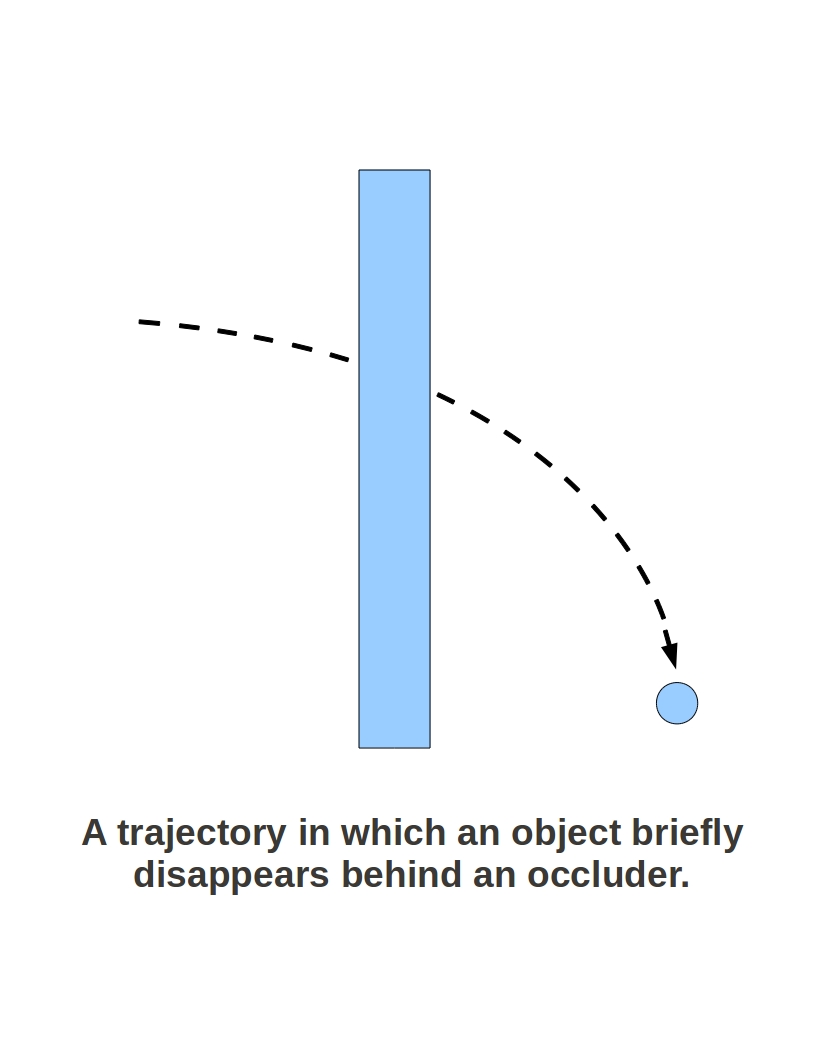 Experiments designed to address these questions about what the brain is doing when we experience an object as continuing through time have been performed for several decades. I review the results of experiments that examine short periods of continuous or nearly-continuous observations in "Trajectory recognition as the basis for object individuation: A functional model of object file instantiation and object token encoding." This paper shows that the available data can be understood by postulating that the human visuo-motor system recognizes specific trajectories - specific curvilinear paths through visual space - as indicating continuing identity through time. An object that follows one of these recognized trajectories is experienced as "one individual thing, moving"; objects that do not follow one of these recognized trajectories are experienced as multiple distinct objects, i.e. they lose their identity as individual things. This result indicates that object identity through time is a construct of the brain. The pathways that perform this construction have not been characterized in detail; however, they can be localized to the interface between the temporal and parietal lobes.

I review the results of experiments that examine the conditions under which objects are identified as either the same thing or not the same thing after extended gaps in observation in "The very same thing: Extending the object token concept to incorporate causal constraints on individual identity." This paper shows that the available data can be understood by postulating that experiencing an object seen at some time t2 as the same thing as an object seen at a previous time t1 requires constructing a causal history linking the observation at t1 to the observation at t2. Such unobserved and hence fictive causal histories are constructed by the pre-motor system, and are based on available knowledge about an object's properties and typical behavior. We experience objects as having continuing identities through time, in other words, when our pre-motor systems can tell a story about how the object got from the situation it was in previously to the situation it is in now. Our pre-motor systems typically construct these stories in less than half a second, far too quickly for us to be conscious of the process.


My second research track is an investigation of how human beings solve problems that involve causation. People employ two distinct models or concepts of causation: causation by agents and causation by mechanisms. Agents are characterized by goals, beliefs, desires and intentions. Mechanisms are characterized by physical forces. Most people are at least somewhat flexible in their application of these models of causation to particular events; for example, most people at least sometimes treat their cars or computers as if they were agents "with minds of their own" but also acknowledge that cars and computers are artifacts that behave solely in accord with the laws of physics. Some people are very flexible in this regard, happily treating other human beings as agents while simultaneously affirming that their behavior is at bottom an outcome of biochemistry. Others are hardly flexible at all. Some people with autism, for example, have trouble conceiving of others as agents, while some people with schizophrenia have trouble viewing natural processes like weather as mechanical. 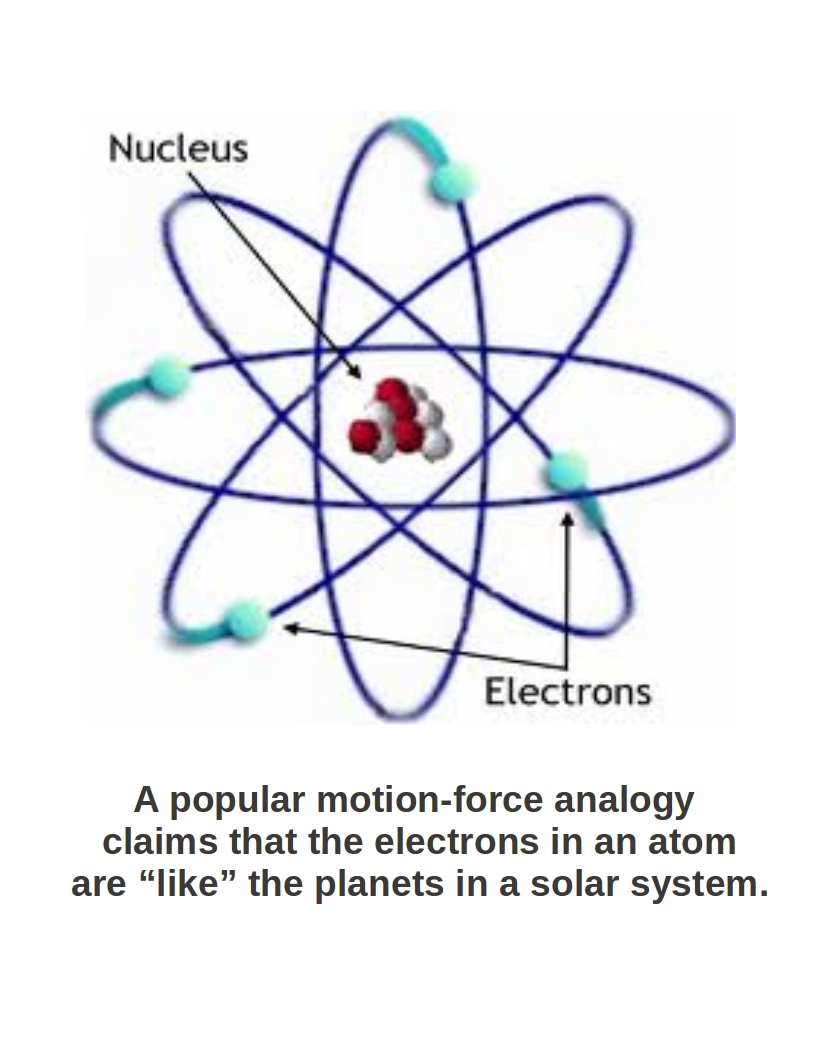 People who exhibit a marked preference for mechanical explanations are sometimes called systemizers. Scientists, technologists, engineers and mathematicians tend to be systemizers. High-performance systemizing is an atypical ability and often correlates with high intelligence, but it also involves a deficit; it tends to correlate with poorly-developed social skills, and in extreme cases with autism spectrum disorders. In "From "Oh, OK" to "Ah, yes" to "Aha!": Hyper-systemizing and the rewards of insight" I review experimental, observational and clinical studies of systemizing, and suggest that a bias toward systemizing as a general problem-solving strategy develops by a process that gradually shuts down a network within the brain - the "default system" - that enables the experience of self-relevant social emotions. Self-relevant emotions are known to interfere with both targeted concentration and creativity; hence if this model is correct, it provides a neurocognitive explanation for both the social deficits and the particular kind of creativity associated with systemizing.

The simplest systemizing problems involve predicting how an object will move if a force is applied to it. Nearly all animals are capable of solving some problems of this kind; it is this ability that enables moving in a way that accomplishes goals such as mating, capturing prey, or escaping from predators. Many animals are capable of solving a particularly challenging class of problems of this kind, those involved in improvising tools. Crows, for example, are capable of fashioning sophisticated tools out of completely novel materials such as bits of wire. In "Implementation of structure mapping by event-file binding and action planning: A model of tool-improvisation analogies" I show that improvising tools requires the ability to execute a particular kind of inference - structure mapping - that humans employ to perform analogical reasoning. Considerable experimental evidence from both humans and other animals indicates that the inferences that enable tool improvisation are executed by the pre-motor system; hence this system must be capable of structure-mapping inferences. I then show, in "Motion as manipulation: Implementation of motion and force analogies by event-file binding and action planning," that a pre-motor implementation of structure mapping together with visual imagination is sufficient to explain the human ability to perform force-motion analogies even in abstract domains such as theoretical physics. This result suggests that systemizing is primarily an imaginative and pre-motor skill.

If objects move through time, clearly they must continue to exist through time: continuous motion requires continuous identity. As discussed above, however, we appear to deduce continuous identity from either observed or inferred motion. The depth of this chicken-and-egg problem - which came first, motion or identity? - is discussed in "How humans solve the frame problem." The "frame problem" is the problem of deciding what does not change as a result of an action; I show that this problem of deciding what changes from one situation to the next is identical, at least for human problem solvers, to the problem of deciding what objects can be taken to maintain their identities from one situation to the next.


Our ordinary experience is an experience of things - objects that are separate from each other and from the surrounding environment. Our experience of time is intimately connected with our experience of changes against a background of constancy. If the very identities of objects are constructs of the mind, however, the concepts of "thing" and "time" start to evaporate. The temporary and controlled evaporation of these concepts is a goal of some yoga and meditation practices; the permanent and uncontrolled evaporation of these concepts is an outcome of pathologies such as Alzheimer's, and presumably of death. I find the combination of fragility and robustness that characterizes our basic concepts intensely interesting. If we could understand how they are fragile and what makes them robust, we could perhaps start to understand what defines sanity for human beings.